Peyronie disease may be a noncancerous condition where segments of flat connective tissue form under the skin of the penis these segments cause the penis to bend during erection it is caused by minor penile injury this type of damage is most often caused by robust intercourse it can also be caused by sports or other accidents or autoimmune disease the plaque builds up inside the penis which makes the penis stiff during erection as the plaque pulls on the tissues and causes the penis to arch or bend which makes sex, hard, painful and difficult.

HOW DOES THE PENIS NORMALLY WORK?

The main role of the penis is to hold sperm and urine out of the body. There are 3 tubes inside the penis
1. The urethra is hollow and carries urine from the bladder through the penis to the skin.
2. The opposite 2 tubes are called corpus spongiosum. These are soft spongy tissues that are stuffed with blood to create penis stiffness during erection.
During intercourse, the stiffness of the penis makes it hard enough to push into a woman’s vagina. Then the urethra acts as a channel to hold semen in the vagina.

SYMPTOMS OF THE PEYRONIE DISEASE ARE –

WHAT ARE THE STAGES OF PEYRONIE’S DISEASE?

There are two stages:-

ACUTE PHASE: This phase lasts between 6- and 12 months. During this era the scar forms under the skin of your penis, causing a curvature or other change in its shape and form.

CHRONIC PHASE: The scar has stopped growing during this stage, and the arch within the penis doesn’t go downhill. The pain will almost be passed by now, but sometimes it can continue, especially with erections.

Peyronie’s disease is more likely to happen as you become older. It occurs in about 10-15% of middle-aged men but the frequency of the condition is especially in men in their 50’s and 60’s. arch in younger men is less often due to Peyronie disease.

Those with an animal tissue disorder are at a greater risk. Erectile dysfunction. Men who have diabetes-associated ED (ED) (impotence/difficulty getting and keeping an erection) are four to 5 times more likely to develop Peyronie disease.

HOW COMMON IS PEYRONIE’S DISEASE?

Experts estimate that about 6% -10% of men between ages 40 and 70 have Peyronie’s disease. It’s been seen in other ages, but it’s less common. There’s a theory that the particular number is also higher since some men who choose to not speak about the Peyronie disease with their healthcare providers might not be bothered enough to hunt treatment. If you have got concerns about your sexual health, make sure to report your symptoms to a healthcare provider.

WHO IS MORE LIKELY TO POSSESS?

You may be at higher risk of developing Peyronie’s disease if you -:

The goal of treatment is to scale back pain, attain a straight or close-to-straight penis, and restore and maintain the power to possess intercourse. Not all men with Peyronie’s disease need treatment. in very only few cases, Peyronie’s disease goes away without treatment. Also, you will not need treatment if you have- small plaques little or no curve to your penis no pain n problems with gender no urinary problems 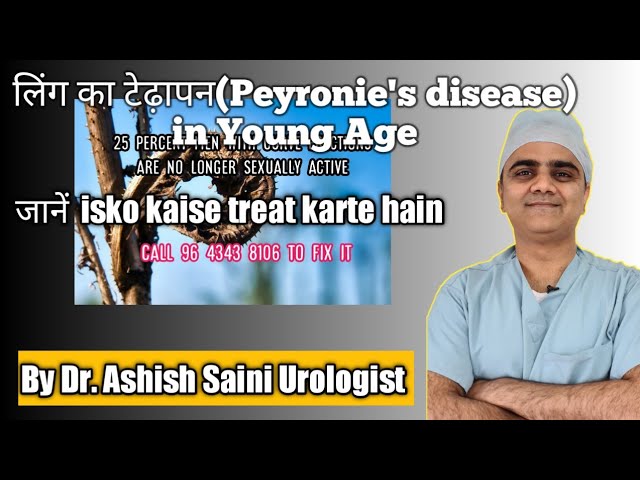 A urologist may recommend surgery to remove plaque or help straighten the penis during an erection. Surgery is also recommended for men who have Peyronie’s disease when symptoms haven’t improved erections or intercourse, or both, are painful the arch within the penis prevents sexual issues medical experts recommend you don’t need surgery until plaque Several sorts of surgeries to treat this disease. Your urologist will examine the plaque on your penis and consider the simplest form of surgery for you. An ultrasound NIH external link will show the precise location and size of the plaque. some men may develop complications after surgery, and sometimes surgery doesn’t correct some effects of the disease just as the shortening of the penis.

During this surgery, your urologist will remove the plaque and replace it with a patch of tissue that was taken from another element of your body, like skin or a vein from your leg; grown during a laboratory, or from organ donors. This procedure may straighten the penis and restore some length that was lost thanks to Peyronie’s disease. Some men may experience numbness of the penis and ED after the procedure.

1. Does Peyronie’s disease cause erectile dysfunction?

Peyronie disease can cause erectile dysfunction by interfering with the blood-trapping walls for maintaining an erection.

It can be painful this is common in the early phase of the disease pain may continue with erections the severity of it varies depending upon the person.

3. Will I gain the former length of my penis?

Shortening of the penis due to loss of pliancy does commonly occur but is relayed on the direction and curvature.

4. How do I know if I have Peyronie’s Disease and not Hereditary curvature?

Hereditary Curvature means that you are inborn with the condition while Peyronie’s disease is acquired as the result of a penis injury.